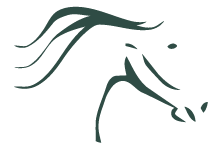 Sammy and pasture mate Magic were seized by authorities for neglect reasons.  Sammy was the most critical we’ve dealt with in years.  Upon arrival his condition was as follows: weighing approximately 720lbs, carrying a host of parasitic worms (a fecal egg count of 2000+), severe dehydration, and massive dental needs.  For the first week, we have an assortment of factors to consider while trying to establish a rehabilitation route.  First and foremost was an IV solution to rehydrate him as the worms were extremely dehydrating him.  He collapsed, almost on the mark, every 2 days due to weakness and just didn’t have enough strength to continue standing.  Medication was dangerous as liver functionally/impairment was a dramatic concern.  After the 4th time down we could no long push him up ourselves and had to enlist the help of our local fire department.  Ultimately we committed to feeding him every 2 hours for the next 2 1/2 weeks and included electrolytes and liquid minerals with his daily intake.

Sammy is doing very well these days.  He has finally reached a point of stability that has us resting easier these days.  Although needed a few more pounds, he is currently receiving only 3 feedings as versus the 8 a day he used to be fed.

Communicate your interest below.  Adoption or Sponsorship information request is common that’s why we’ve provided this form for you!