Over the years SWFHR has rescued horses that were considered a ‘throw-away’ in the eyes of the unkind and heartless individuals who owned them.   The idea of rescuing actually began in 2009 when founders Tina Garrett (Founder) & Matt Venaleck (Founder) recognized the growing need to help ‘local horses’.

Over the years SWFHR has rescued horses that were considered a ‘throw-away’ in the eyes of the unkind and heartless individuals who owned them.   The idea of rescuing actually began in 2009 when founders Tina Garrett (Founder) & Matt Venaleck (Founder) recognized the growing need to help ‘local horses’.  At the time, Tina & Matt had owned (4) horses, (3) dogs on (5) acres of land and worked for FedEx Ground delivering packages all over Southwest Florida.  Over the years they had taken in numerous abandoned and unwanted animals, both large and small.  They also donated to many national-level charity organizations through the years in their attempt to “do our part”.  Tina had written a letter to one of these charities stating “I don’t want the trinkets anymore please use my donation for the horses only”.  The next month her check was cashed and she received refrigerator magnets.  This disconnect from the donor was quite irritating, to say the least.  When they thought about it donors truly saw what their donations really did.  The thought was alarming especially when right out anyone’s back door there were horses in need.  When you would search craigslist you would find horses in abundance with a selling line of “don’t want it no more”, “just come and get’em”, or just plainly “free”.

One day while on craigslist Tina came across a listing for “Help Needed”.  It was an individual named Lisa who privately rescued horses and was looking for someone to help do the same.  “We did not know, how much we did not know in our early days but believed we could make a difference even if it was small”  so, they teamed up with Lisa with the intention of only rescuing (2) horses at a time.  Their thoughts were simple, these horses did not ask to be put in these situations, they did not have a ‘choice’.  The belief was that all animals should live happy, healthy lives and they were going to make sure that they could make that happen.

2010
February 21
Established
A Rescue is Born

The first rescued horses of many to come arrives. Her name was Jeannie.

After 8 months of searching, a 40 acre property is finally closed on the establish a Rescue Facility on via a Private Foundation grant awarded to South West Florida Horse Rescue.

The first official application to volunteer is made available on paper only. In person application is the only way to get in.

Tina & Matt were finishing a 2 stall barn on the back 1 acre of the property to suit 2 rescued horses at a time.  February 21, 2010, was the official establishment of what later became SWFHR with the arrival of the first rescued horses of many to come. Her name was Jeannie... see Jeannie's story here.  Soon after Jeannie came a horse from craigslist named Drea Polly Ann.

A staff infection in Jeannie's leg led to her loss of her in less than 2 days. This event was very taxing on both Tina & Matt which challenged their conviction to rescue horses.  A determination was made to rehome the remaining 2 rescues and shut down or at least pause on taking new horses in.

April, 15 2014 was the closing day for the new rescue location.  It was initially planned for the 14th but was delayed one day.

Officially the Volunteer Program is initiated.  Forms applications and data keeping begins.  The development of procedures and rules are put into action and orientation.  Antiquated as it may have been the website did not have procedures on it for a few years.

The pond was dug to provide emergency water needs and dirt availability.

A fundraising event on April 1 & 2, 2017 marked the Official 'Grand Opening' of the facility to the public knowledge. 3 years after purchasing the SR31 location it was finally time to say the development was advanced enough to be called a running rescue facility.

Dedicated to saving the lives of our local horses from abuse, neglect, and slaughter; by providing the best vet, farrier, and feed to bring these horses back to health in a safe and positive environment. With the community in mind, we strive to gain an excellent standing with all we come in contact with. Finding “forever homes” for these horses is our priority.

To make the lives of equines in our local region of Florida better off by educating our community, providing action when warranted, and advocating owner responsibility.

Compassion: No matter the situation we will always carry compassion toward equines. There will never be a day where any equine is mishandled, no matter its attitude or the situation. Commitment: To the Equines and our Community.  We are in this for the long haul so to speak. Advocacy: This comes in many forms but is very close to our hearts.  Speaking up and out for those who don’t have a voice, pushing leaders and lawmakers for change when possible, teaching people the effects of improper care and handling, and many more ways. Education fills the void of ignorance.

Southwest Florida is the geographic area we focus heavily on but that doesn’t mean we won’t help outside of our geographic area if we can.  With that said the situations that require our services of rescue & rehabilitation of equines as a horse rescue are focused on those equines that don’t already have a capable human owner involved.  More simply stated, we focus on equines involved in authority seizure and grave owner surrender situations.   This doesn’t mean we don’t attempt to assist others.

Community and more of it.  You will find most all we do is related to our local community. For this fact, we welcome inspection from our community of all we do. Our press releases below will advise every one of our doings.  We welcome the republication of our actions by our patrons as well as professional sources.  Media representatives may contact our PR representatives at tina@swfhr.org for further information.

We value input from our community. Good, bad, or indifferent it all matters.  We encourage those who interact with us to write a review.  This can be done on any of the major platforms, here are some:

If you’d rather we have our own review form that you can fill out with an anonymity option.

You can even email or mail us a note.  Make sure to specify (2) things; one identifying whether you’d like to have your statements public or not and two whether you want to remain anonymous.

The links listed below are our legitimacy documentation as is made viewable for public inspection by the actions of transparency, a good practice of charities.

Significant personnel affiliated with SWFHR and its operations. 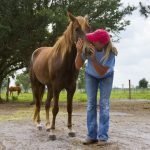 Having a love for horses from the beginning Tina just knew someone had to do it the right way. 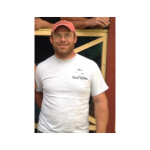 These are organizations that we partner with for various reasons such as education, advocacy, exposure, and donations to our mission.

Member of and listed as (SW Florida Horse Rescue, Inc.).

Homes for Horses Coalition is a national coalition dedicated to increasing collaboration, professionalism, and growth in the equine rescue and protection community.

Member of and listed as (South West Florida Horse Rescue).

The Fleet of Angels is a grassroots not-for-profit organization initially created to get more at-risk equines rescued and adopted by making transporting them more affordable.

Recipient of and listed as (South West Florida Horse Rescue).

Helping Hooves Program is a program offered by The Horse Holster which believes in giving back to the community through various forms of support.

In the spirit of the internet community and partnership of sources with affiliation to Horses or our organization we off a Backlink Partnership program.  If you would like to be a part of this program feel free to contact us with your request.  In return for partnering with a link on our site, these sites have offered some sort of sharing of our link on their side.  These are not listing sites we’ve applied for.

*In no way should these links be a consideration of endorsement or identifying products we are using.

At Bale Buddy, we are proud supporters of all rescues who work tirelessly to provide shelter and hope for our four-legged friends. As such our feeders are always half-price to all registered farm animal and/or horse rescues and shelters.
SWFHR is listed on their "Rescue Buddy's" page.

SWFHR current 40 +/- acre facility was purchased in April of 2014 via a grant awarded by a Private Foundation.  With the purchase of what became known as "The Facility" the founders were to build literally a rescue facility to be a beacon quality in our community for the plight of the Horse in Need.  The business and development plan for "The Facility" outlined 10yrs of development, for the rescue organization, on only 1/2 (20 acres) of the whole property.